Michael Salit chose his path early; Everyone must eat to survive. Michael was very visual. “Everything fits together to create a beautiful picture like pieces to a puzzle, ingredients to a recipe, Recipes to a Menu”. In 1966, at age 13, Michael got his first job as a cook.

At age 17, Michael met legendary Chef Ludwig Kugelmeier. He was trained by him for seven years in Hawaii. As a team, they successfully opened, and ran over 11 premiere restaurants. This led to a myriad of “Executive and Private Chef” positions with some of the world’s foremost musicians and celebrities as well as many catering opportunities around the globe. Michael developed multiple restaurant concepts for private foodservice companies and co-created the Food Service Consulting Firm within the IBM Corporation.

In 1984, Michael’s foodservice experience and entrepreneurial spirit came together when Michael co-founded Eatec Corporation. This became the go-to software solution in the food service and catering industries. Eatec sold to Agilisys and became one of the most widely used foodservice software companies in the industry. Michael developed a standard in the industry still used around the world today.

Michael started Mill Valley Candleworks in 2001. His vision was to create unique “Chef Created” scents for premium artisan candles that would help bring light, raise awareness, and money for charities. The “Can Do Program” and “The Light a Heart Foundation” were then formed to teach and support autistic children and young adults.

Through candle sales at charity events Michael raised hundreds of thousands of dollars for those in need. In Africa, Michael’s efforts and candles both saved and changed the lives of over 800 women and children by simply providing “A Light in The Darkness.” Michael built and operated a full production studio and five retail stores in northern California and New York City. In 2014, Michael sold Mill Valley Candleworks and moved to Cobb Mountain in Northern CA with the intent to retire. It didn’t take long for him to start a new venture. 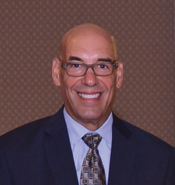 In 1998, Michael started CURRENCY 2000 Inc. (C2K) to introduce Smart Cards to the Department of Transportation to be used in public transit and within the parking authority. Currency 2000 offered advanced security features to the credit and debit card industry as well as providing, at the time, unparalleled benefits to consumers and charitable organizations.

In 2012, Michael met Dr. Serguei Usmanov, Ph.D. E.E, scientist and inventor of innovative proprietary membrane technology and they have been working together to develop absolute filtration solutions. Today our purification solutions are posed to change entire industries around the world. AmenaPure has taken on the largest reclamation project on earth, turning contaminated water into safe water.

In 2020, Michael founded AmenaCore LLC, a company dedicated to “Quality First Solutions for life, formed by the PEOPLE, for the PEOPLE”. AmenaCore currently has a family of companies that address critical issues facing humanity in unique and effective ways. “Change an individual person’s life every day, and repeat endlessly“.

Dr. Serguei Usmanov, Ph.D. E.E, is the scientist/inventor of this innovative proprietary membrane technology. He is accomplished in the field of synthetic membranes design and manufacturing, and the founder of Filtronex LLC.

Dr. Usmanov was the director of filtration technology at Minntech, where he spearheaded the development of the hemofiltration & hemodialysis product lines that received US patents and FDA approval.

During his extensive career, Dr. Usmanov was commissioned to, and has constructed, thirteen membrane fabrication facilities around the world.

Most recently, Dr. Usmanov designed, engineered, constructed, and operates the most innovative membrane manufacturing facility in the world, Filtronex USA. 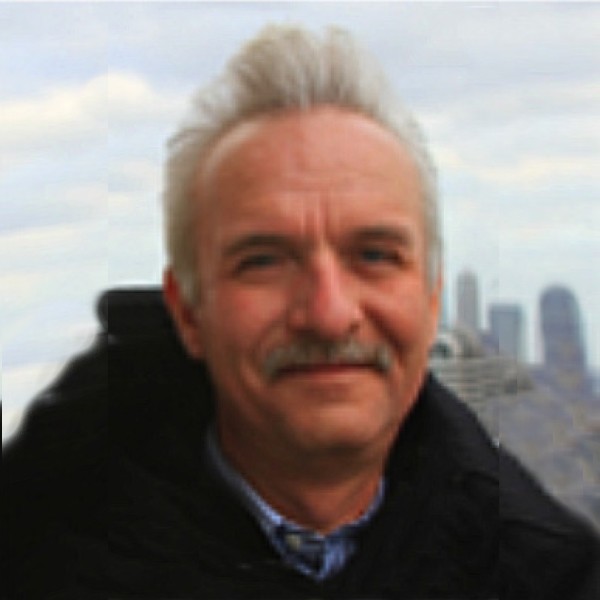 The Acting Chief of the Center for Disease Control and Prevention (CDC), Dr. Matthew J. Arduino, awarded Dr. Usmanov the title of “Outstanding Researcher” for his efforts and achievement in the field of membrane development. 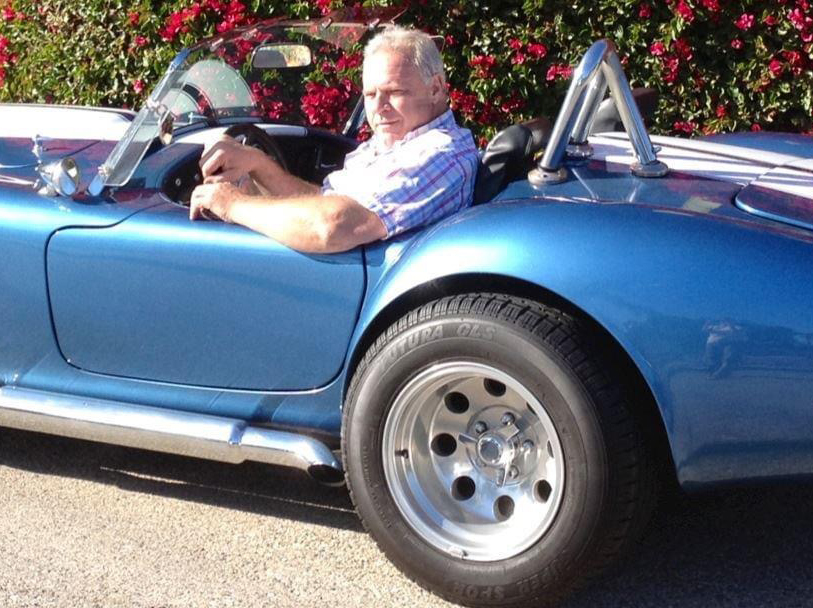 William “Bill” Beaty is “The Conductor” of AW2P and a specialist in the credit card processing Industry. Bill’s career in the merchant processing business began by installing independent credit card terminals in businesses thirty years ago.

Bill’s entrepreneurial passionate spirit and ability to see an opportunity, analyze the circumstances, find a solution and then “Make it Happen” positioned him to become a  expert in developing and implementing industry wide merchant solutions that are still in use to this day.

Bill’s industry contributions began in 1991 when he began installing, training and providing service and supplies to the emerging independent credit card terminal businesses. Bill needed an efficient way of transferring data to the settlement system.  The system he was using was a real pain, so Bill designed and developed the ACH/Payment Gateway and Credit Card System for the credit card industry.

Bill’s ability to envision industry trends, then source, design, build and implement efficient and effective solutions for merchants of all types and his signature “BB360° “Frown to Smile” transformations have translated in into thousands of very satisfied customers.

AW2P.COM, One place you can bring all your payment or processing requirements, and leave confident that you have a solution at hand… and a smile on your face!

Ron founded the Silicon Valley Consulting Group in 1987 and was involved in managing growth companies in the Silicon Valley in the 1980’s and 90’s.  He was Chief Financial Officer of BioGenetic Ventures, Inc., an investment banking firm focusing on the licensing of life sciences technologies from research universities and scientific institutions.  Ron partnered with Peter Allison to form Allison Johnson Venture Partners in 2000, providing seed funding for start-up companies in the Pacific Northwest. He served as interim Chief Financial Officer of Heartport (NASDAQ: HPRT) in 2002 and helped effect a sale of the company to Johnson and Johnson (NYSE: JNJ).  He has served as the Director of Finance for several associations and companies in the Silicon Valley including the Alzheimer’s Association of Northern California and Nevada.

Ron co-developed the rNPV Valuation Model which is used in the investment community, to value biotechnologies in the drug development pipeline.  The valuation method was feature-published in Nature Biotechnology magazine in September, 2001, and was also presented in Red Herring magazine in the March 2002 issue. 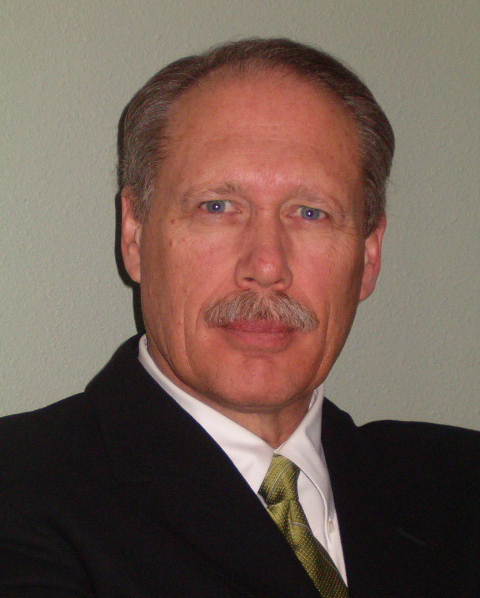 Mr. Johnson received his MBA in Finance from Golden Gate University in San Francisco, California in 1987 and his B.S. in Marketing from Cal Poly, San Luis Obispo, California in 1979.  He has been an Adjunct Instructor at Gonzaga University has sat on several advisory boards of universities and entrepreneurial programs. 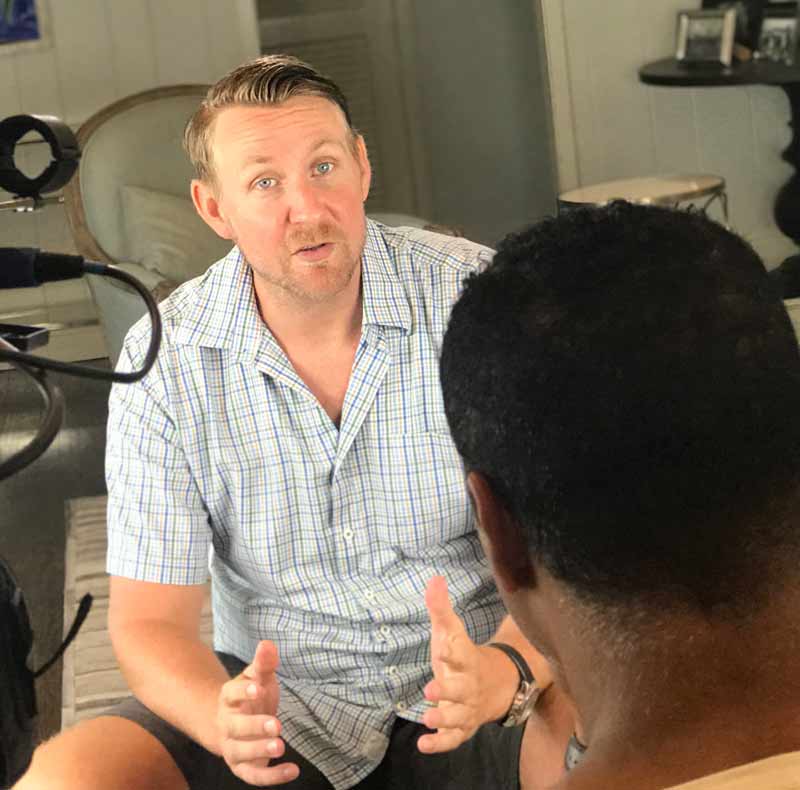 Jason Neubauer is a serial entrepreneur  and one of the top influencer marketing professionals in the world according to Forbes,

Huff Post, Entrepreneur and others. Jason accepted the award for 2017 internet marketer of the year and best Social Media Campaign Millennial Engagement for “Santa Claus Affect” by the internet marketing association.

Jason has built three multimillion-dollar businesses utilizing influencers for brand development. He has personal relationships with over 250 influencers and has collaborated with over 1,000 influencers, more than 30 brands to create authentic influencer content, and has 180k+ engaged Twitter followers.

Jason has pioneered social influencer marketing campaign strategies in digital and traditional marketplaces for organizations including Sprint, Walgreens, and Kind Bar.  Some of his top influencer campaigns include Helicopter Trampoline with Jake Paul.

Jason started his first company with $31,695 won on Wheel of Fortune and five years later made a deal on Shark Tank for “Coolbox”.

Kyle S. Brown has over 30 years of experience assisting start-up companies better define their overall business and go-to-market strategies. Kyles forte is listening and then working closely with an entire organizations team to define the “message” then, collectively develop step-by-step action plans to ensure that the vision, desired goals, and objectives of the organization are met.

Some of Kyle’s strengths include: Finding the “right” or “smartest” capital or funding solutions that best fit a particular business; Design and facilitate strategic marketing plans; Developing long-term strategic partnerships; Create tailored investor presentations; and reporting directly to the CEO’s of both private and publicly traded companies. 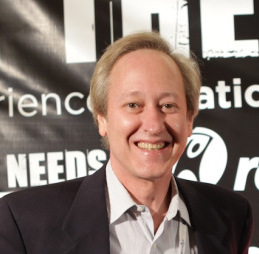 Mr. Brown has successfully assisted a variety of companies in securing over Sixty Million Dollars in Seed, Angel, Mezzanine, and Series A funding. Kyle is an investment wholesaler with NASD Series 7, 22, and 63 licenses.

Kyle has the knowledge and the experience required to fully understand the particular nuances of a variety of businesses. We have the tools, systems and solutions to meet almost any business need. 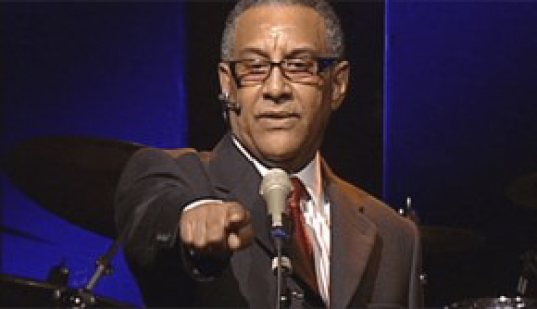 Visionary with willing hands-on acumen in the entertainment industry. Forward searching and conceptual thinker in the music world that integrates wth technology.

Vice President and General Manager of Commodores and Lionel Richie. Earth Wind & Fire, O’Jays, Natalie Cole, and many others.

Known as the concept and initiator of the renowned “We Are The World” musict video that generated US $60 million with sales of 20 million records for the alleviation of plight of Africa, LaMar is an expert in organizing large entertainment events, concerts, and tours.

As well, he managed 50 marketing campaigns for Fortune 500 Companies.